The pages collect statistics on crimes and violence experienced and committed by women and men.

Women and men as suspects of offences

A majority of the suspects of offences are men. Offences against property are the most common offence type for both female and male suspects.

Women's share of suspects was higher than average in alcohol offences, offences against property and traffic offences. In sexual offences, the suspects were mainly men. 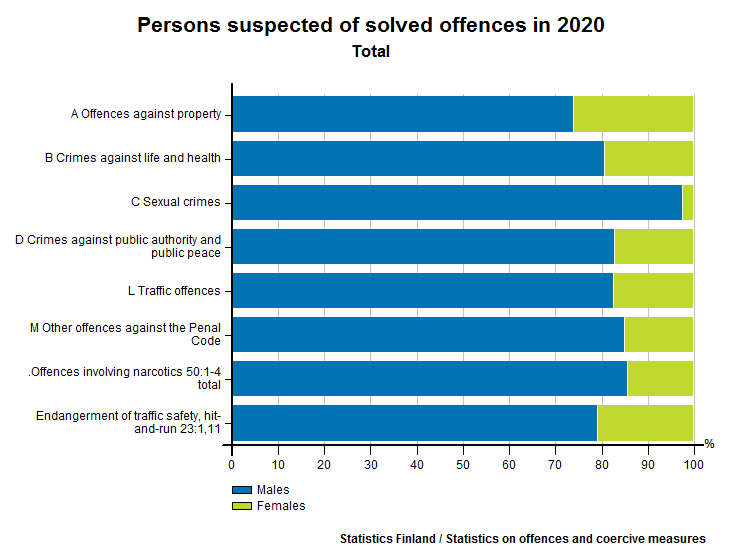 Women and men as victims of offences

There are some differences between the violence encountered by women and men. Women fall more easily victims of sexual offences, such as rape or sexual harassment. Men, in turn, become victims of assault, robberies and blackmailing offences more often than women.

In most cases where a woman was a victim of suspected domestic and intimate partner violence, the suspect was a man. When the victim was a man, around one-half of suspects were women and one-half men. 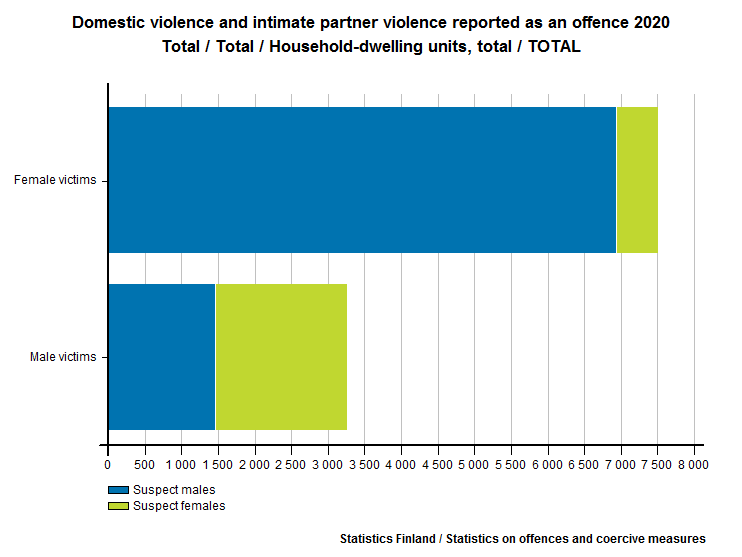 Statistical data concerning domestic and intimate partner violence have been calculated from statistics on offences known to the police utilising Statistics Finland's population and family data. Data on intimate partner and family relations are based on register data of population statistics and they cover all family relations included in the registers from marriages and cohabiting couples to parents and children. This means that dating couples that live at different addresses and more distant relatives are excluded from the statistics.