The page contains data on women's and men's participation in working life. There are differences between women and men, for example, in employment by industry, labour market position and type of employment relationship.

A majority of both women and men aged 15 to 74 belong to the employed. Unemployment is slightly more common for men than for women and women are, in turn, in the inactive population more often than men. 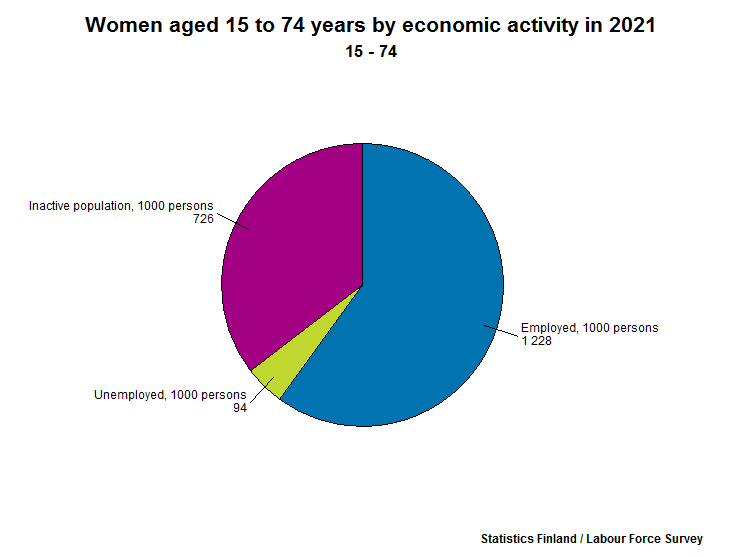 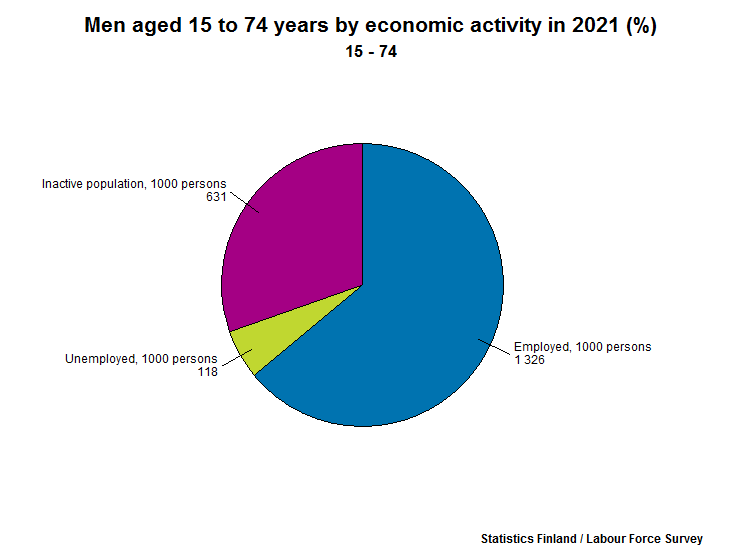 Women's and men's employment and unemployment 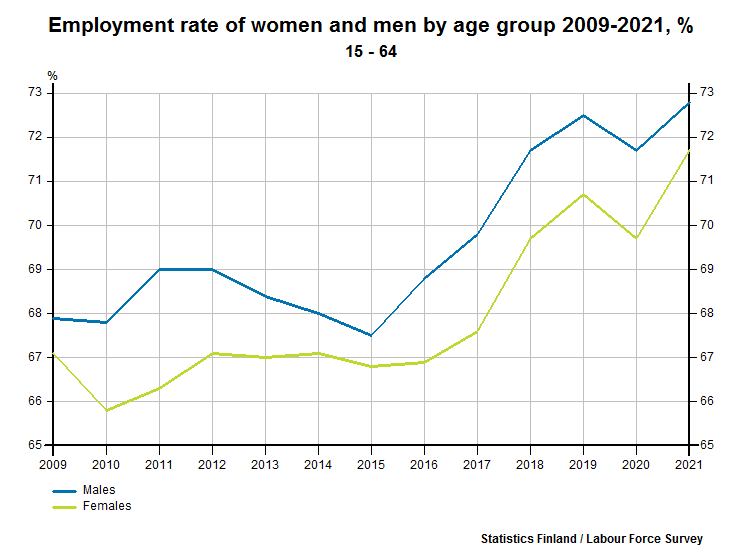 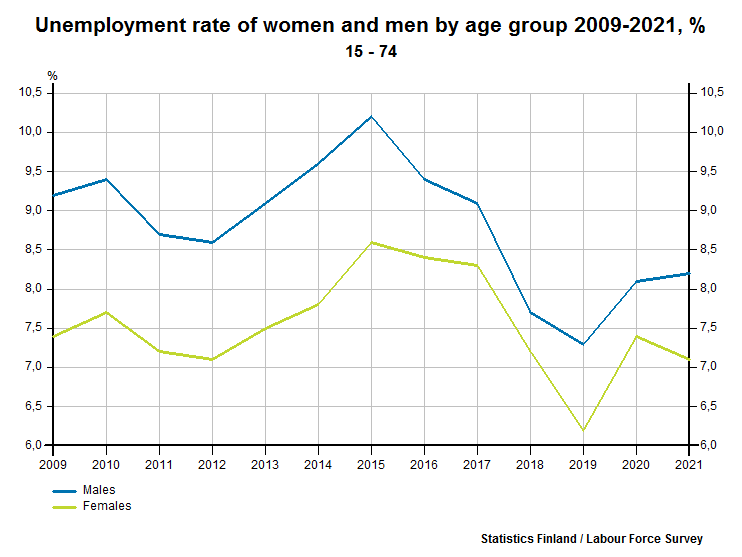 Fixed-term and part-time work performed by men and women 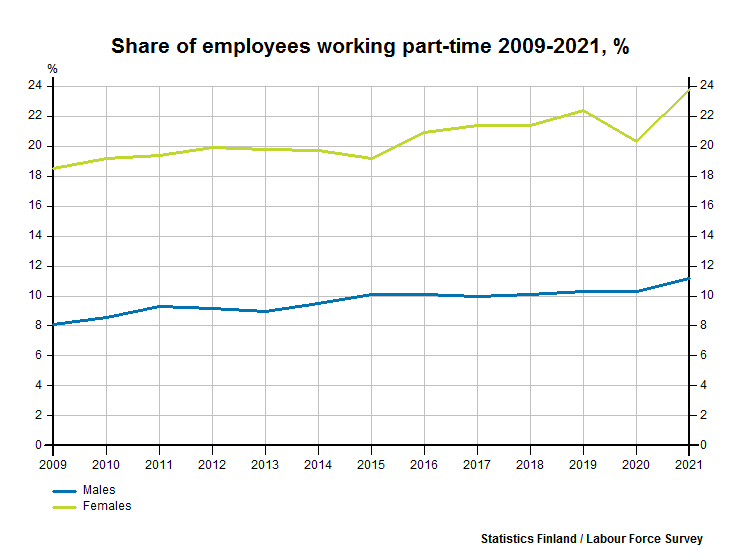 Segregation by gender in working life

This page examines segregation from the viewpoint of working life. Information on the segregation of fields of education can be found in the Education section of these pages.

Women and men by industry

The occupational groups where 40 to 60 per cent of employees are men or women are classified as equal occupations.

In 2013, large occupational groups, like commercial sales representatives, mail carriers, and policy administration professionals were removed from equal occupations, which lowered the share of equal occupations.

Share of persons working in equal occupations among wage and salary earners in 2010 to 2017, %